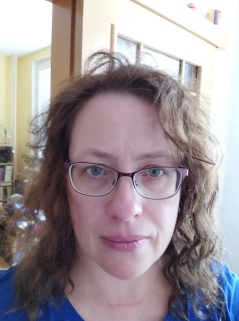 The decision to leave Britain after fifteen years with my British husband and two young kids came suddenly this spring but kept creeping into our conversations for many years as a theoretical discussion about our options and choices.

When you live in an international marriage, the debate where to live is ongoing, you never stop. In our dreams, we would have a property in Bohemia and divide our time equally between both countries. In July we would be visiting many chateaux in Moravia and Bohemia, August would be spent in Edinburgh and the Highlands, September in Prague, tasting burčák,  a type of fermented grape juice full of alcohol and yeast that is yet to become wine but is moreish and heady when you drink it. In the winter we would travel back to Bohemia to enjoy snow, and if there was time, we could pop to neighbouring Austria.

Our children would choose where they want to study when they grow up. They could go to Amsterdam if they liked, or Berlin or Bologna. They are Europeans like us, they are citizens of the world. Our only obstacle was income, I could afford to travel to Prague maybe only every two to three years for a short visit but surely we could sort this out in the future with two regular incomes. Those theoretical possibilities, our hopes became almost obliterated after 2016.

The dreaded B-word was not the only reason for the move, it hardly ever is. Crucially, it was my husband who suggested it and drove it. I never wanted to be the one to say it, to make a firm commitment, push everyone to do it.  I knew how hard it was for me and did not want my family to suffer in the same way.

I spent the first three years in the UK crying myself to sleep. I could speak the language but felt lost. Nobody thought of giving me a hand or supporting me because if you don’t ask for help, you don’t need it, right? But what if you don’t know, you need help? What if one of the problems is you feel lonely, isolated, you have no one to talk to? What if the problem is that even the simplest tasks are hard and you are like a five-year-old, for whom buying a packet of cheddar is too difficult? There are rows and shelves of cheddar in the shop, which one do you choose?

My husband would be in the same situation but unlike me, with an added handicap of not speaking the language. He used to joke: “Why weren’t you born as Italian or French?” The Czech language is one of the hardest languages you could learn. With its ancient grammar system of declensions and conjugations, combined with negotiating how to pronounce words with five consonants and no vowel, it is almost impossible to master even for the native speakers. Perhaps that is why not that many people speak it.

So here I am, back in Prague after fifteen years in the UK and nearly twenty years abroad. Mostly being patronised by everyone, which is probably a fair punishment for “desertion” and then daring to return.

The timing of the move was not ideal either. Yet somehow, sleeping on my parents’ sofa and working in the early hours of the morning, I managed to complete my portfolio for an MA at Newcastle University. Unfortunately, my parents get up early, too, so the luxury of two hours of quiet writing every morning I used to have in the UK, while the rest of my family was asleep, no longer exists. I hope I am going to be awarded my degree, and when I am, yes, I am going to celebrate. How I am going to celebrate!